Ad blocker detected: Our website is made possible by displaying online advertisements to our visitors. Please consider supporting us by disabling your ad blocker on our website.
Unable to Register or Login? Head to Board, Server, Registration and Login Issues/Support 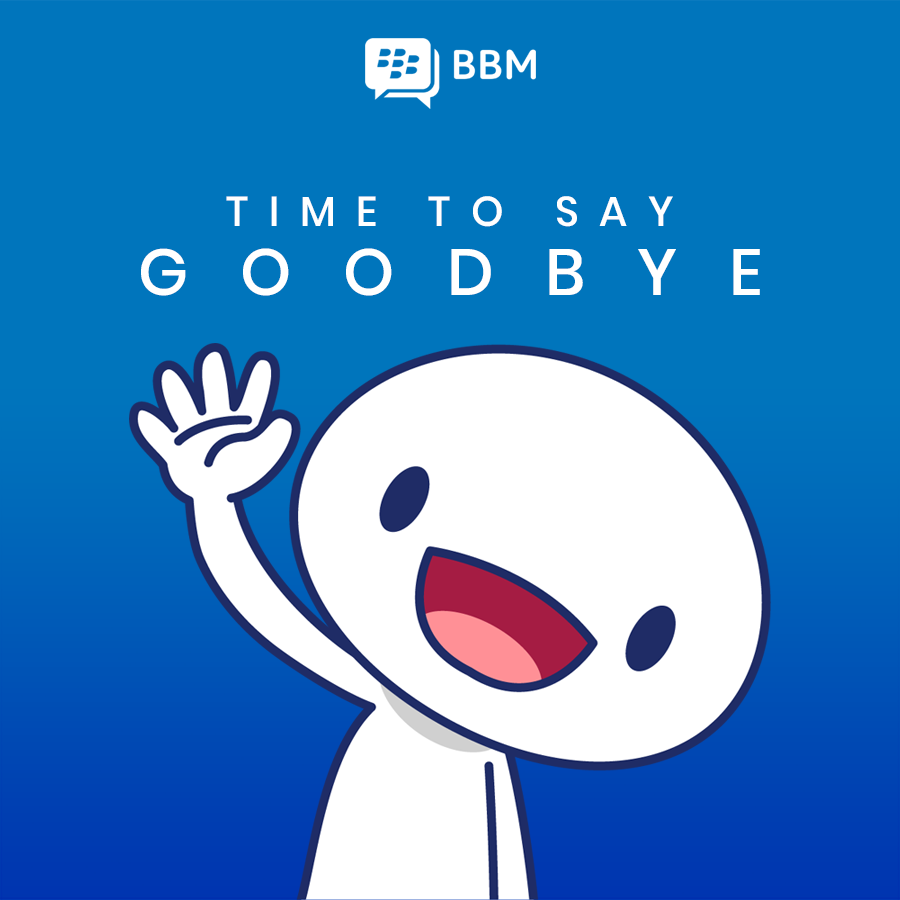 BLACKBERRY MESSENGER (BBM), that thing you forgot still existed, is shutting down for good at the end of next month.

Emtek, the Indonesian company that has owned the BBM licence since 2016 and attempted to keep the app relevant by equipping it with features such as video calling and Uber hailing, announced in a blog post over the weekend that the consumer version of the messaging service will close down on 31 May.

"We are proud of what we have built to date. The technology industry, however, is very fluid, and in spite of our substantial efforts, users have moved on to other platforms, while new users proved difficult to sign on," the company sobbed.
"Though we are sad to say goodbye, the time has come to sunset the BBM consumer service, and for us to move on."

After the 31 May shutdown, BBM users will no longer be able to open the app to view old messages, photos, or other files, the company said in an FAQ. Users will be able to download photos, videos, and files before the closure, but they won't be able to keep any stickers they've purchased or personalized emoji they may have created with the company's BBMoji service.

BlackBerry Enterprise (BBMe), which offers most of the features of the consumer version along with added end-to-end encryption, will continue to operate as normal.
What's more, BlackBerry has announced that the biz-focused app will now be available to everyone. It'll cost BBM diehards though; the service will be free to new users for the first year, but after that BBM diehards will have to cough up $2.50 for a six-month subscription.

"While we respect Emtek's decision, we're disappointed the platform did not thrive and grow as expected," said Mark Wilson, Chief Marketing Officer, BlackBerry.

"After much consideration, we decided that BBM's loyal users should continue to have a secure messaging platform that they can trust."


Use Search Button to get Instant Results | Follow Forum Rules

Avoid repeated Topics in the forum to prevent banning the offending account.

You can freely join our Mobile Phones Hardware Support. [ Please, Login to view this link]