Ad blocker detected: Our website is made possible by displaying online advertisements to our visitors. Please consider supporting us by disabling your ad blocker on our website.
Have a Question? Ask Here!

Before downloading the Firmware (Stock ROM)/Flash File) of any Android Device, there are three (3) most important things you should consider. You don't just have to download firmware like that, always consider these three things listed below, so you wouldn't end up having a bricked (dead) device after flashing the firmware to your Android device.

To check the Build number of an Android device, Go to Settings > About phone > Build number. 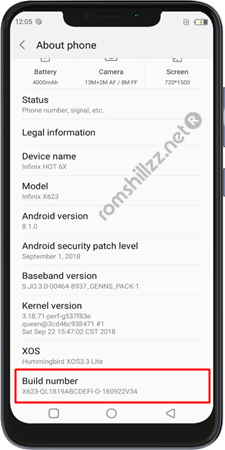 
In case the device can't boot to the menu (or stuck on boot logo or bricked), You can also know the Build number by reading info using tools like Miracle Box, NCK Dongle, EFT Dongle, etc...

Sometimes, the exact build number of the android device firmware you want to download might not be found online, in that case, you can consider an alternative build number but make sure the first build number apart from the date corresponds. An example is shown in the image below. 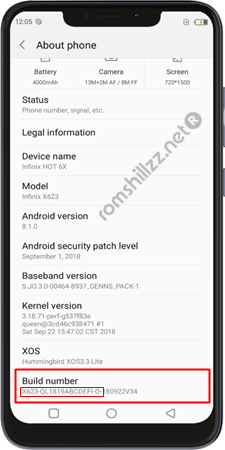 This is another important thing you should consider when or before download a firmware. Always identify which CPU of your device, as there are various CPU's types like MediaTek (MTK), Spreadtrum (SPD), Qualcomm (QLM), Marvell, etc... Now after knowing the CPU, also consider the Chipset. The CPU and Chipset are 2 different things but they are closely related. As I have listed some few examples of CPU's above, every CPU has there various chipset.

For example, I have a Qualcomm CPU, then my Qualcomm CPU's Chipset could be MSM8917 and processor Qualcomm Snapdragon 452. Also, this is applicable to other CPU's like the MediaTek CPU can have MT6572, MT6580 etc... and likewise, the Spreadtrum CPU can have SPD7730, SC7731 (the SPD and SC (Spreadtrum Chipset) are all the same, which means it is a Spreadtrum Device).

To check the CPU/Chipset of an Android device, Go to Settings > About phone. There, you would see them as shown in the image below. 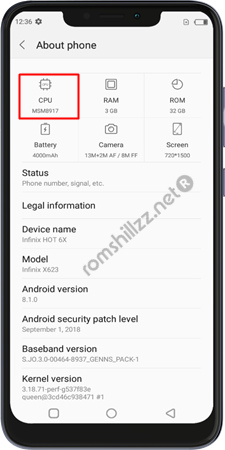 
If you can't find your device CPU or Chipset in your Settings > About phone, You can simply search for it in Google. See image below. 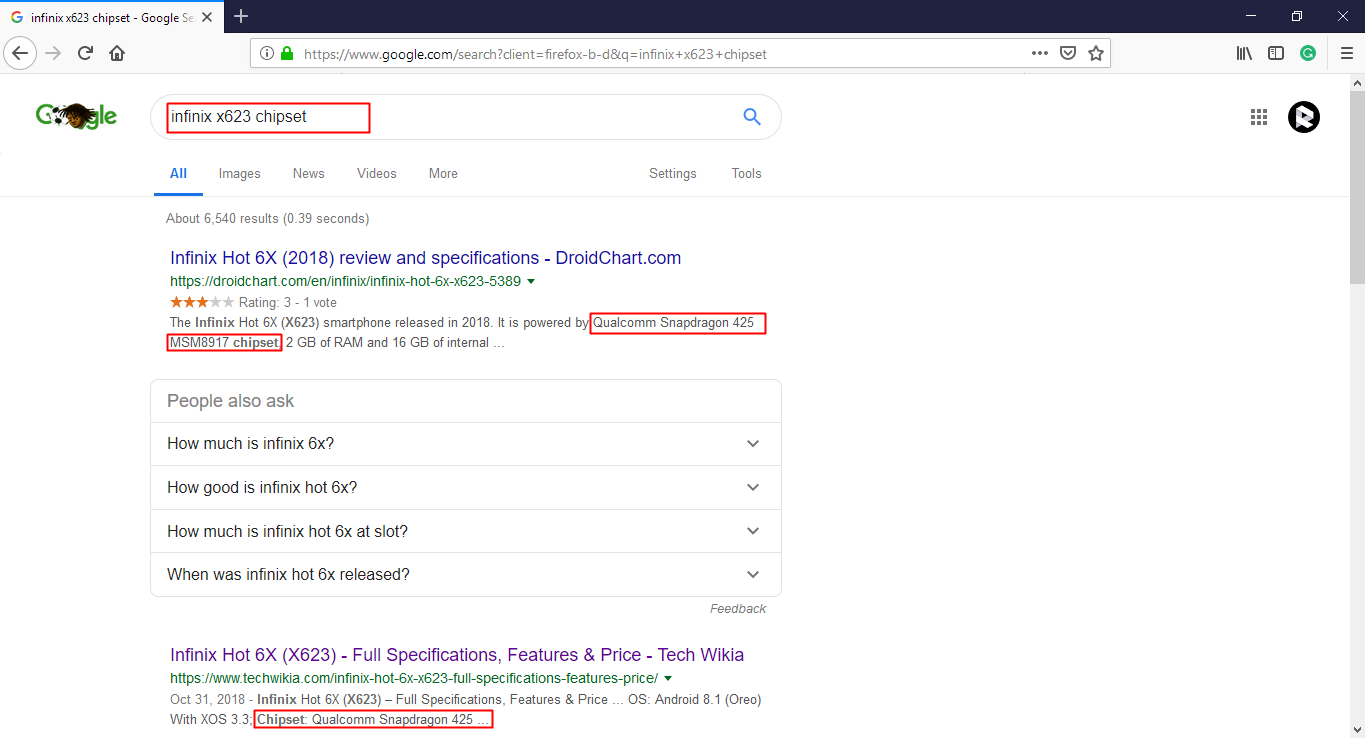 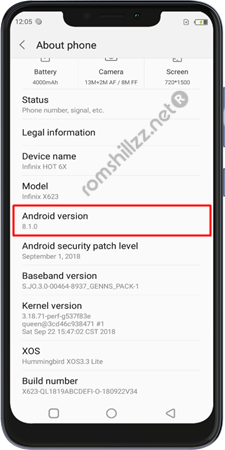 
With the above 3 considerations, I believe you can now successfully download the exact firmware of your device and flash without much risk!


Copyright RomShillzz. And should not be reproduced!


Use Search Button to get Instant Results | Follow Forum Rules
Avoid Spams in the forum to prevent banning the offending account. | https://romshillzz.net

Re: 3 Things You Should Consider Before You Download any Android Firmware (Stock ROM/Flash File)